What’s the Strongest Conference in the Country Heading Into 2017? 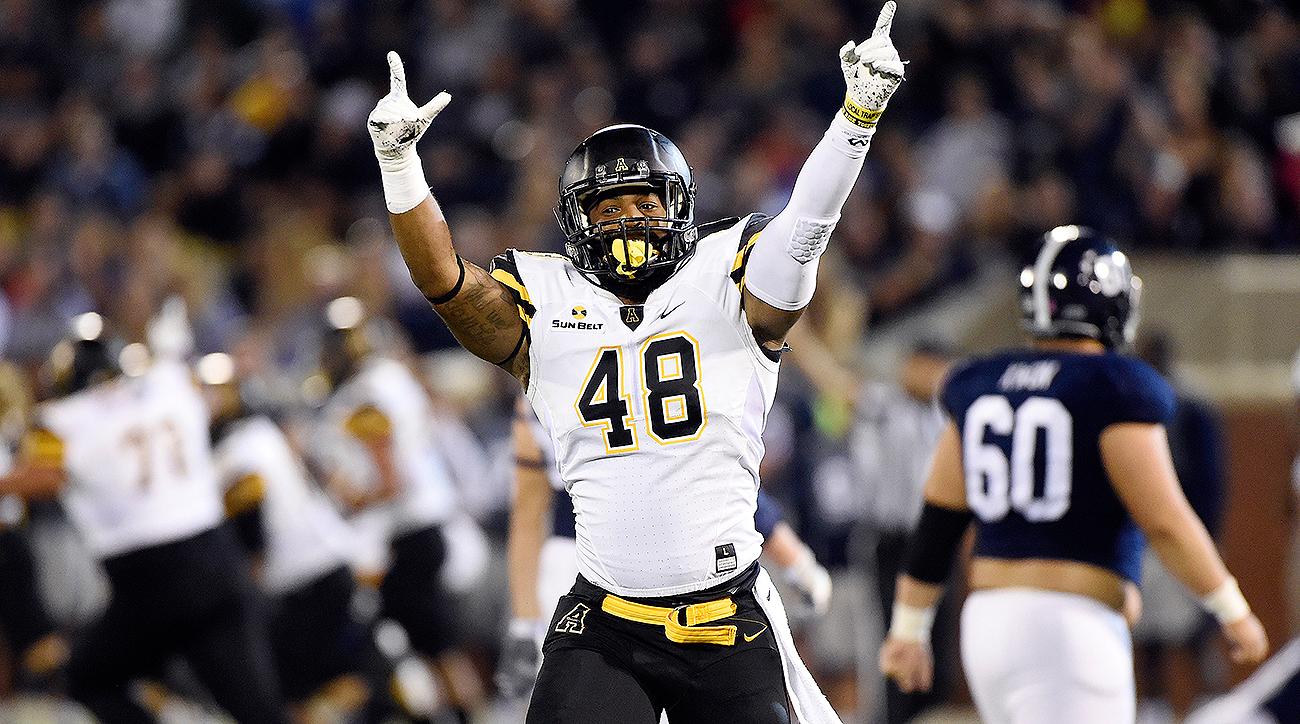 The Sun Belt’s résumé is tough to assess. Appalachian State has been a solid team since entering the conference in 2014, and it has beaten MAC teams in consecutive bowl games in the past two years. After a few down years, last fall Troy returned to the level it showed throughout much of the previous decade, going 10–3. But the Sun Belt has some pretty terrible teams, too, like Texas State, which won two games a year ago. New Mexico State had a three-win ’16, and Georgia State, which founded its program in ’10, has won more than three games just twice in seven seasons. 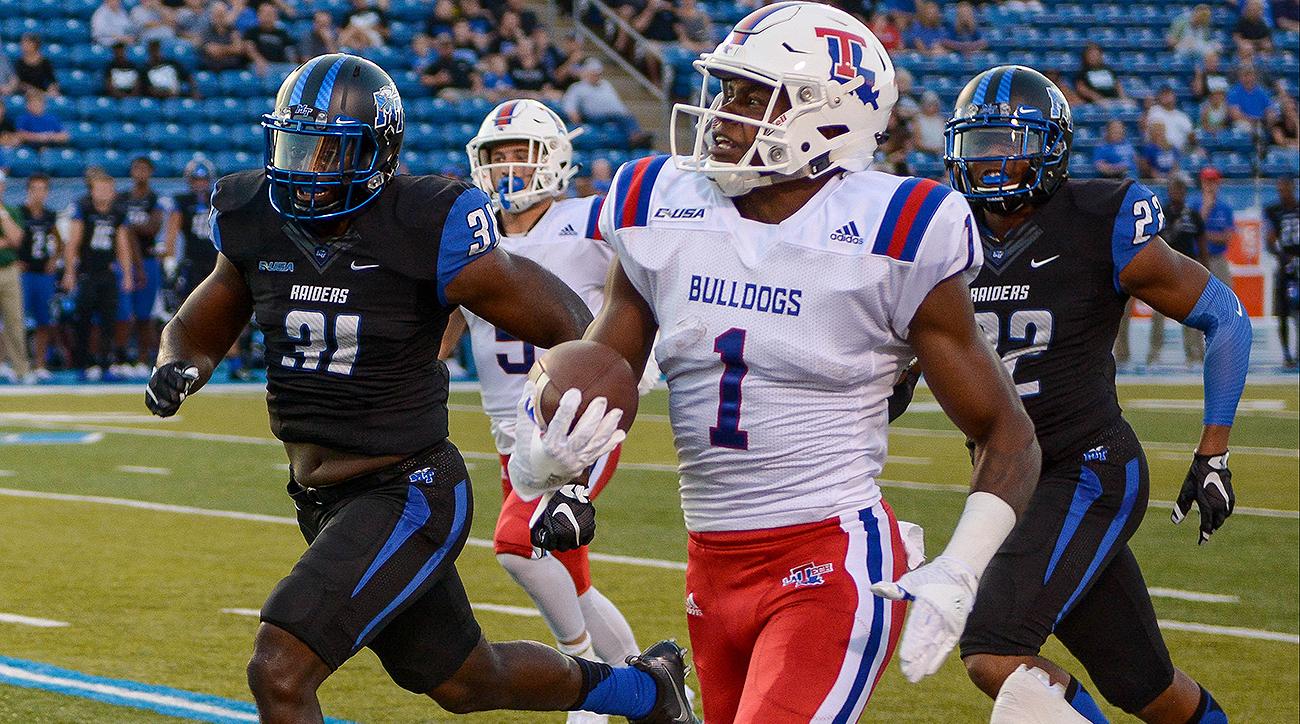 Conference USA is fading, and fast. In 2013 and ’14, it lost seven teams: East Carolina, Houston, Memphis, SMU, Tulsa, Tulane and UCF. It has bulked back up, adding FAU, FIU, Louisiana Tech, Middle Tennessee State, Charlotte, North Texas, Old Dominion, UTSA and Western Kentucky, but compare those two groups, and there’s certainly a level of prestige lost. Western Kentucky was dangerous enough to propel head coach Jeff Brohm to Purdue in ’16, and Louisiana Tech has consistently produced a solid product in recent years, as has Middle Tennessee State. Beyond that, the conference is weak, and its television revenue isn’t close to keeping pace with the growth across college football. 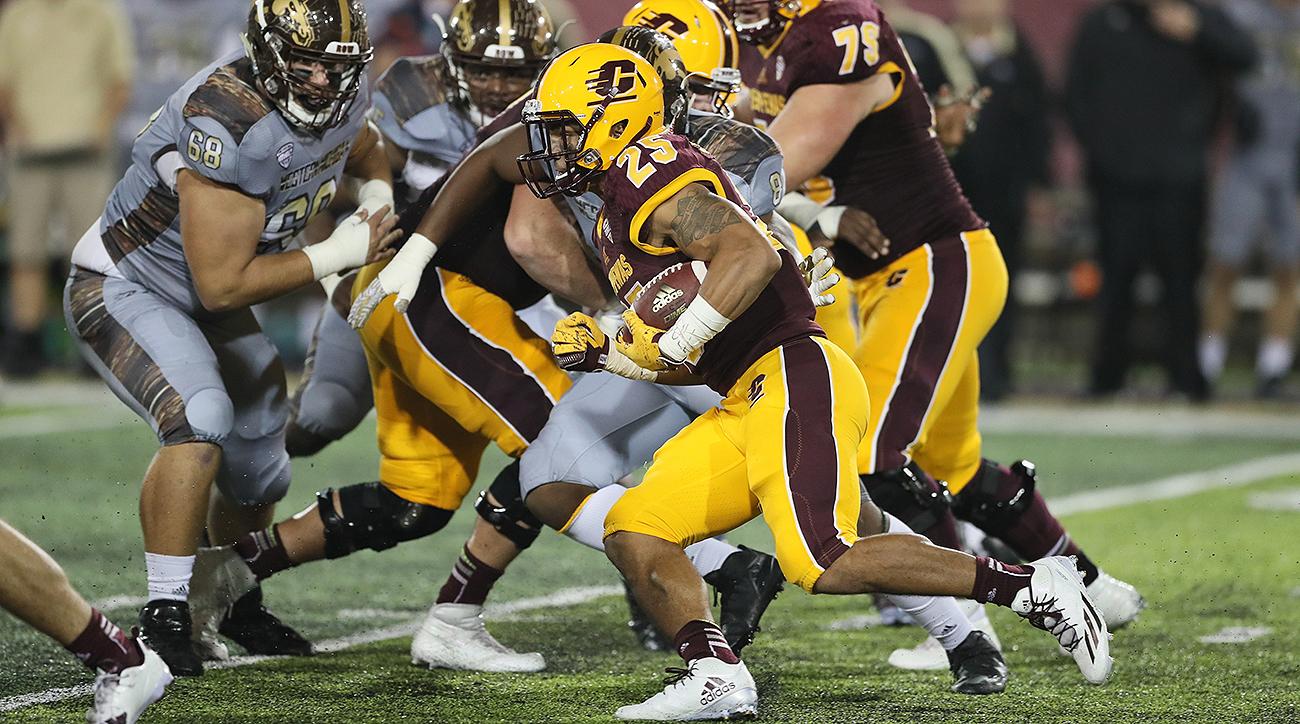 The MAC had a banner season a year ago in terms of national coverage thanks to the undefeated regular season put together by Western Michigan and P.J. Fleck, who has since departed for the top job at Minnesota. Only four of the conference’s 12 teams posted winning records, and Western Michigan was the only team with double-digit wins. Still, the league’s TV contract will work in its favor over the next decade it spans. 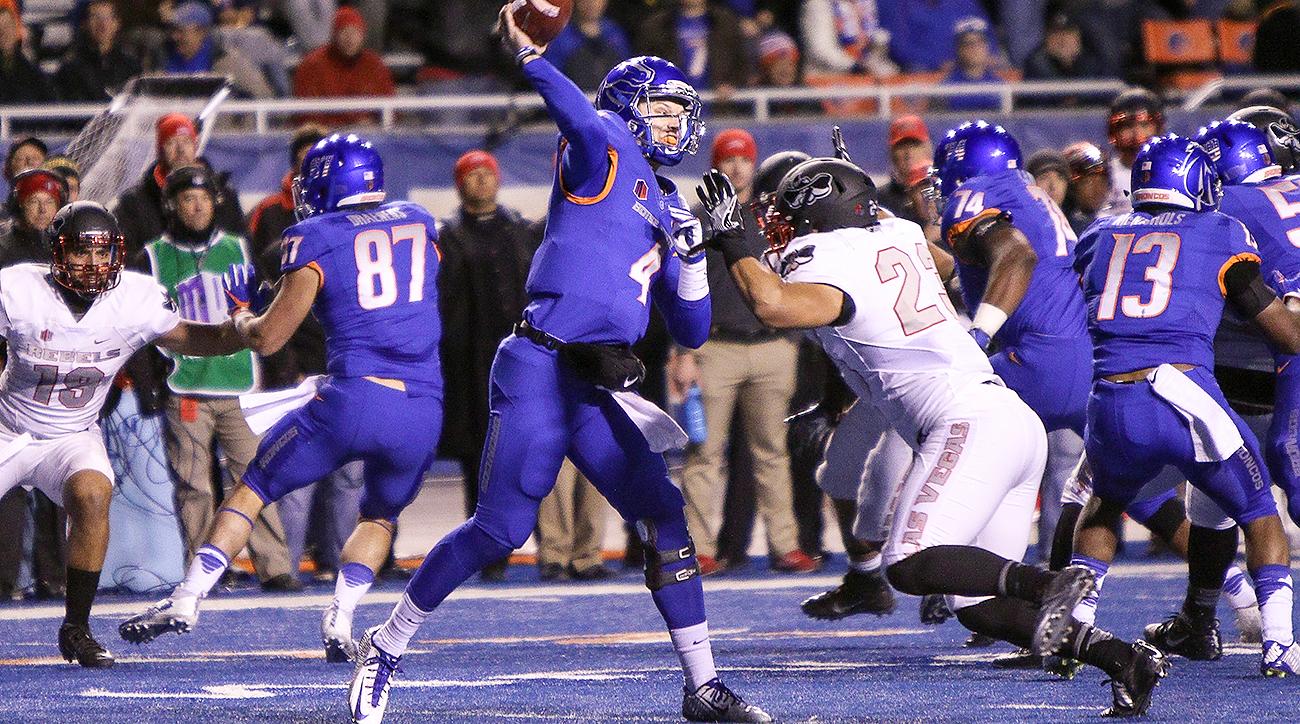 We’re past Boise State’s peak dominance, which put the Mountain West in the conversation from the minute the Broncos joined in 2011, but it still has plenty to be proud of. There’s a fair share of hype surrounding Wyoming and quarterback Josh Allen heading into 2017, and there’s no reason to count out Boise State while Brett Rypien is under center. At this level of college football, television deals matter less than overall performance. These teams aren’t appearing on major networks in prime time unless they schedule big-name opponents—extra points if they win and creep into the polls. Mountain West coaches have been known for their diligent recruiting, scooping up talented players bigger teams have overlooked, and they’ll have to continue that strategy as the conference clamors for more money and prestige. 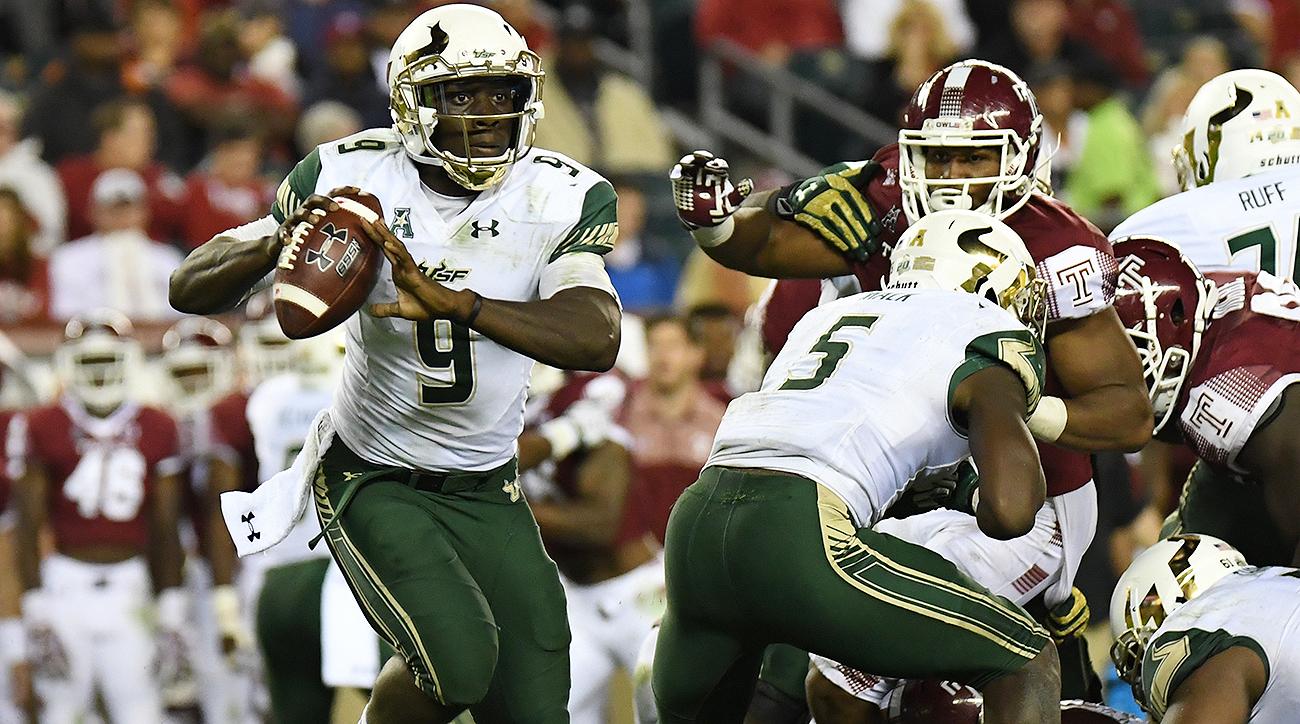 AAC commissioner Mike Aresco is on a campaign to create a so-called Power 6, and his message that his conference deserves consideration among the best in the game is certainly based in fact. The league just hasn’t quite gotten over the hump yet. In recent seasons, there’s been external speculation and internal hope that teams like Memphis and Houston might contend for the College Football Playoff, and Navy and South Florida have both been in the mix for big-name bowls.

The reality, though, has been just one New Year’s Six bowl appearance: Houston’s 2015 Peach Bowl win over Florida State. That’s not too shabby for a conference that didn’t exist a decade ago, but the AAC needs more continuity before it joins college football’s elites. It has to be able to keep coaches like Fuente, Herman and Rhule, who bolted (understandably) for bigger jobs—and in the future, it might be able to. This kind of prestige-building takes time, and the league hasn’t made a misstep as it has grown in recent years. And its television deal, though it pales in comparison to even the worst Power-5 contract, is the best among the Group of Five. 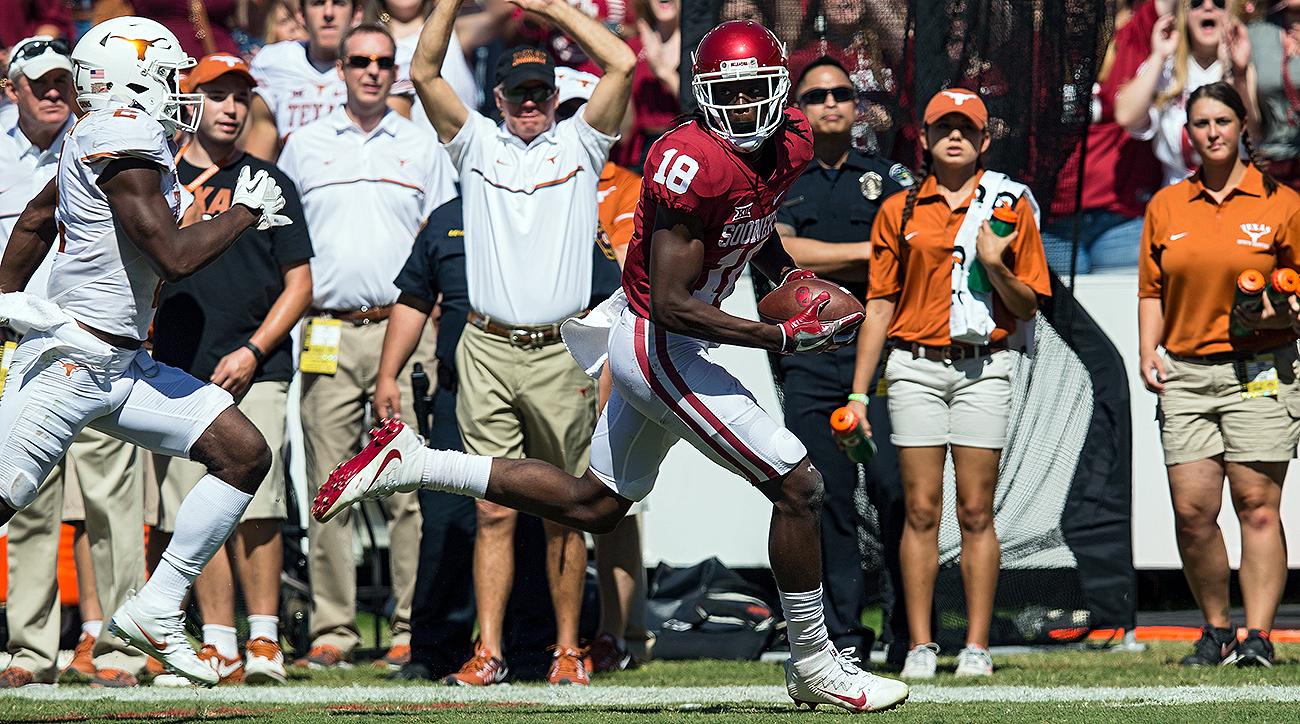 There’s little debate that among the Power 5 conferences, the Big 12 is the weakest. It has had a difficult time getting teams into the College Football Playoff, although that may change once it brings back its conference championship game this December. That being said, the league has seemed to cannibalize its best teams in recent seasons, especially since Nebraska, Colorado, Missouri and Texas A&M have hopped to different conferences this decade. Sure, the Big 12 made two solid additions in response by bringing West Virginia and TCU into the fold, but it still stands at just 10 teams, choosing not to expand a year ago after stirring up rumors at its preseason media days.

Despite all the restructuring, it’s still a conference that exists at the whim of its two most powerful teams, Texas and Oklahoma, and its national reputation suffered in recent years due to an almost complete lack of defense among its teams. Still, Oklahoma and Oklahoma State both look like title contenders in 2017, and West Virginia and Kansas State both seem poised for impressive seasons. Baylor luring Temple’s Matt Rhule to take over after the disastrous end to Art Briles’s tenure also brings one of the most exciting young coaches to the conference, which bodes well for the future of the conference’s depth. 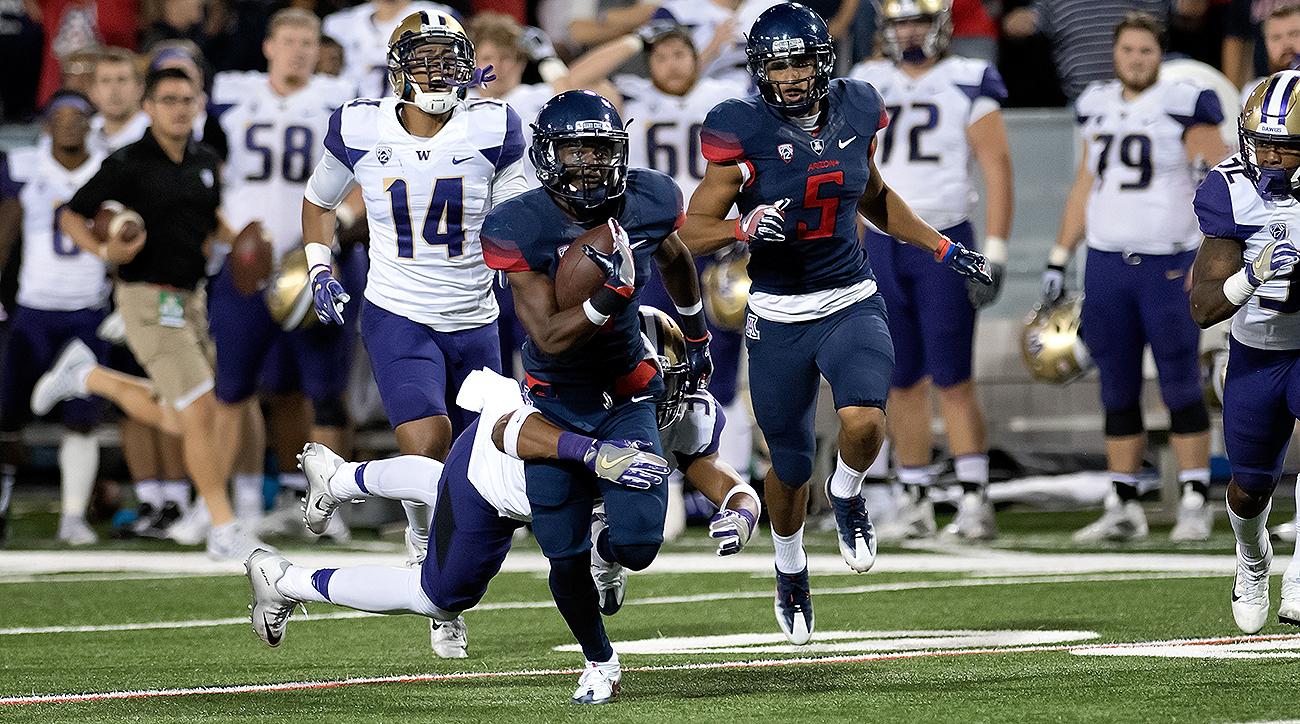 The Pac-12 enjoyed a pleasant end to 2016, despite Washington’s Peach Bowl loss to Alabama. The conference was generally overlooked for most of the year but still landed two teams—the Huskies and Trojans—in the top five of the final AP Poll, with the latter putting on one hell of a show in the Rose Bowl thanks to redshirt freshman quarterback Sam Darnold. USC could contend for the Pac-12’s first championship in the College Football Playoff era this fall, and the conference keeps fielding more and more solid teams, even as once-dominant Oregon undergoes a bit of a rebuild. In fact, the Pac-12 can make a solid case for being the deepest conference top to bottom; last season Arizona finished 3–9, but not without taking Washington to overtime. The league’s TV deal is solid, although its network hasn’t attracted the viewers it hoped for upon its inception, and it’s hard to talk about the channel in the same breath as the Big Ten or SEC Networks.