Ranking all 32 NFL defenses heading into 2018

This defense has a chance to be a lot better than most might think. Retaining former first-round pick Kyle Fuller after the cornerback put up a Pro Bowl-caliber performance last season was huge. His presence along an otherwise questionable secondary will help young pass rushers Leonard Floyd and Aaron Lynch big time. Though, it’s the addition of rookie linebacker Roquan Smith that should make a world of difference here. Potentially the best middle linebacker prospect to enter the league since Luke Kuechly, we’re expecting huge things from Smith. If so, this Bears defense will take the next step in 2018.

Surprisingly, Kansas City Finished in the middle of the pack in points allowed last season. It led to the team moving on from longtime defensive stalwarts such as Derrick Johnson and Tamba Hali. Both moves were expected and had to be made. Though, the decision to trade Marcus Peters will hurt Kansas City over the short term. He’ll be replaced by Kendall Fuller as the team’s No. 1 corner with fellow recent addition David Amerson taking on a huge role. Should veterans Justin Houston and Eric Berry fail to perform at a high level, this Chiefs defense will be in the bottom half of the NFL. The good news here is that we expect both to continue doing their thing.

Cincinnati’s front seven remains one of the best in the game. We already know what Carlos Dunlap and Geno Atkins bring to the table. But it was the emergence of rookie Carl Lawson last season that took this front four to a new level. Unfortunately, it didn’t equate to a ton of success. Cincinnati finished in the middle of the pack in points allowed. With linebacker Vontaze Burfict facing another suspension and some major questions at both linebacker and cornerback, don’t expect a dominating Bengals defense that we saw during their multitude of playoff runs prior to the past two seasons. 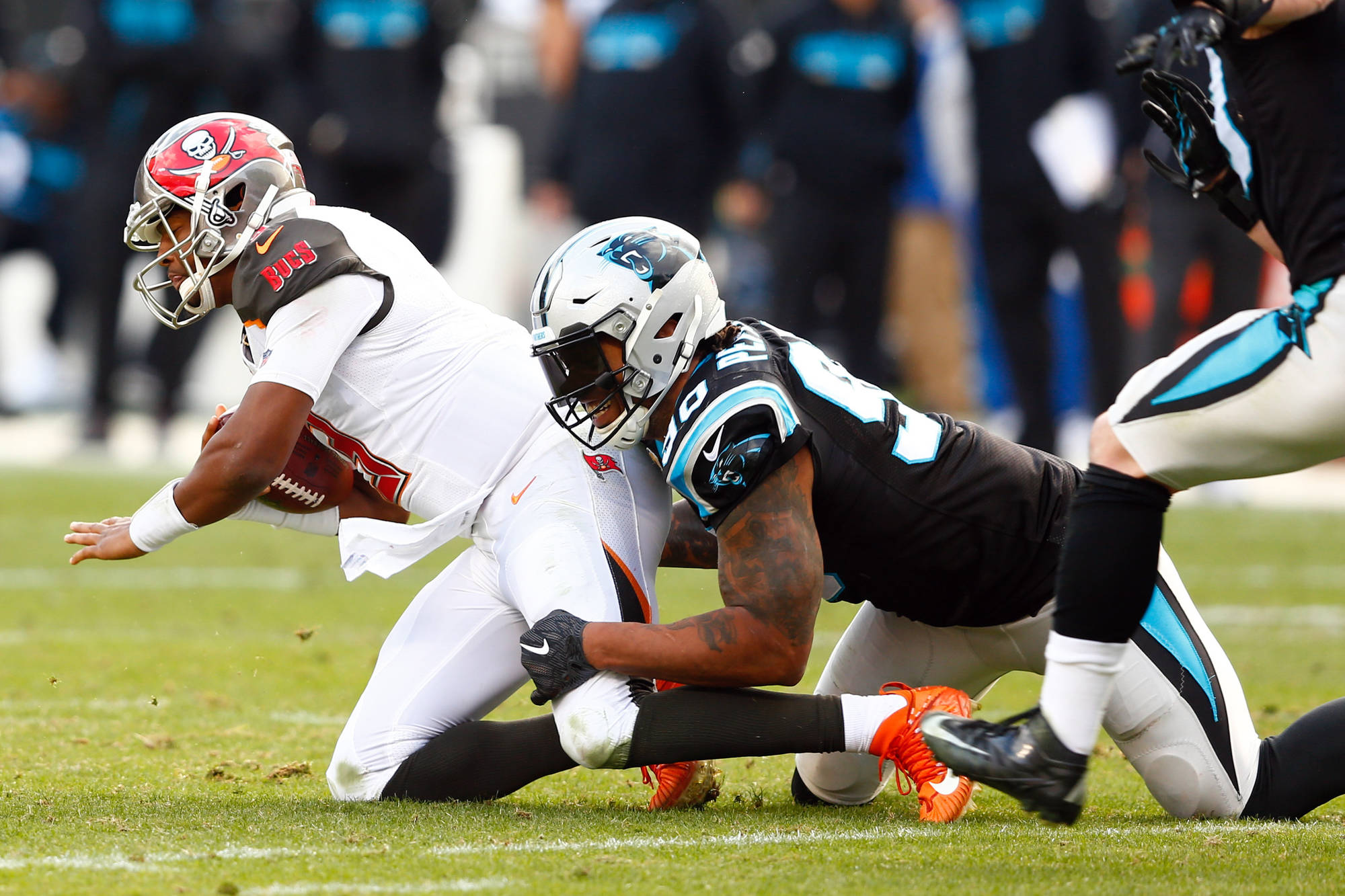 For the Panthers, it all starts in the front seven. Defensive tackle Kawann Short and linebacker Luke Kuechly are among the game’s best at their respective positions. Meanwhile, the ageless Julius Peppers continues to do his thing rushing the passer. It led to a Panthers defense that ranked among the top seven in the NFL last season. Adding former Pro Bowl defensive lineman Dontari Poe to team up with Short helps a ton here. If a secondary led by James Bradberry is able to perform at a high level in 2018, this unit will be among the NFL’s best.

Most will focus on the departure of Tyrann Mathieu in coming to the conclusion that Arizona’s defense is going to take a step back this coming season. With safety Budda Baker having performed at a Pro Bowl level as a rookie, that couldn’t be further from the truth. Baker will team up with Patrick Peterson to form a legit one-two tandem in Arizona’s secondary this coming season. With Chandler Jones acting the part of one of the best pass rushers in the game, it’s certainly a nice mix to create turnovers. And now that the cards have a proven quarterback in Sam Bradford under center, this unit won’t be facing short fields like we saw last season.

We’re just waiting for this unit to show itself to be elite moving forward. It has the pieces up front to dominate from a pass-rush standpoint with Vic Beasley and Takkarist McKinley along the defensive line. Third-year linebacker Deion Jones is already among the best in the league. And in the secondary, Desmond Trufant continues to prove himself to be among the top cover guys in the league. All of this led to a No. 8 overall ranking last season and should help Atlanta rebound after a somewhat disappointing 2017 campaign. 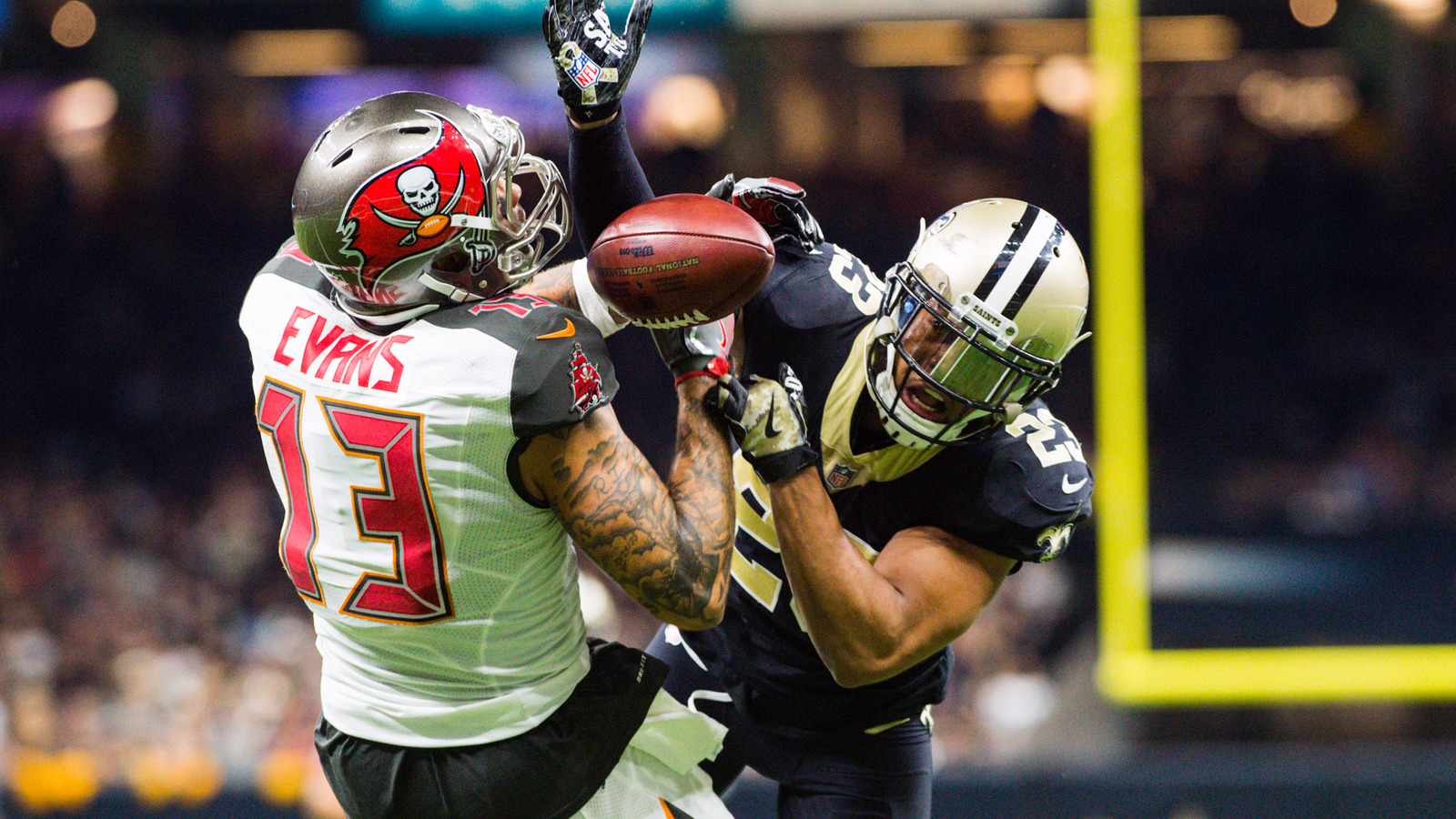 What a difference one rookie can make. The performance from reigning Defensive Rookie of the Year Marshon Lattimore helped bring this unit to an entirely new level last season. New Orleans ranked in the top 10 in total defense and in points allowed. Teamng up with Lattimore in the secondary, fellow youngsters Marcus Williams and Vonn Bell also played at exceptionally high levels. Adding veteran Patrick Robinson to the mix will only help matters here. And with one of the best defensive linemen in the game in the form of Cameron Jordan anchoring the front seven, New Orleans defense could be among the best in the NFL this coming season.

Despite finishing third in points allowed last season, Los Angeles’ defense was in the middle of the pack in total yards allowed. Most of that was a product of an elite-level offense led by Philip Rivers. Even then, there’s very little to suggest this defense isn’t among the top in the game. It boasts one of the best pass-rush tandems in Joey Bosa and Melvin Ingram. Meanwhile, the recently extended Casey Hayward absolutely dominated as a true ball hawk in the secondary. Should rookie first-round pick Derwin James play at a high level from the strong safety position and Jason Verrett prove himself to be healthy at the other corner position, this could be a top-five unit in 2018.

What a difference one man makes. With J.J. Watt suffering through his second consecutive injury-plagued season, Houston yielded the most points in the NFL in 2017. Certainly, that had a lot to do with quarterback play outside of the few games Deshaun Watson suited up in. Even then, there’s really nothing not to like about this defense heading into 2018. Watt will team up with Jadeveon Clowney and Whitney Mercilus to form an elite pass-rush trio. Meanwhile, Tyrann Mathieu fortifies what had been a weak Texans secondary. Now that Zach Cunningham and Benardrick McKinney have proven to be plus-level linebackers, we’re expecting a dominating performance from Houston’s defense in 2018. 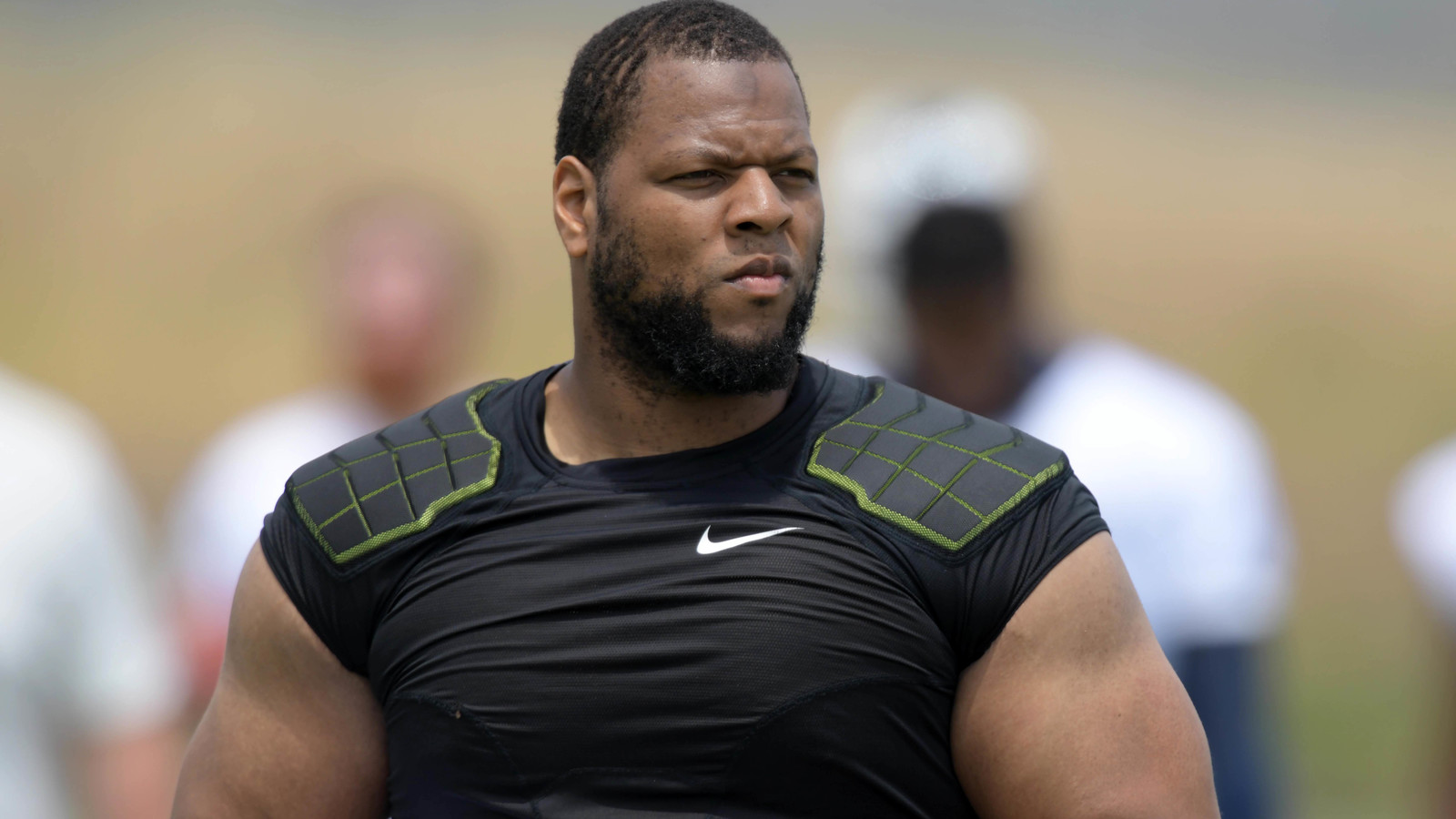 Marcus Peters, Aqib Talib and Ndamukong Suh add a completely different arsenal to the mix for Los Angeles’ defense in 2018. All three are Pro Bowl performers that join a defense we saw rank in the top 12 last season. Short of the best defensive player in the NFL, Aaron Donald, holding out, expect this Rams defense to take the next step to elite status in 2018. It also doesn’t hurt that its led by one of the greatest defensive minds in the history of football, coordinator Wade Phillips.

Despite yielding the third-fewest yards in the NFL last season, Denver gave up the eighth-most points. That was a product of disastrous quarterback play with Brock Osweiler, Paxton Lynch and Trevor Siemian sharing time under center. Now that the Broncos have fortified its quarterback situation with Case Keenum, this won’t be an issue. The addition of all-everything pass rusher Bradley Chubb in the first round of April’s draft to team up with Von Miller makes this a scary unit. Add in Chris Harris and Bradley Roby in the secondary, and the Broncos’ defense has a chance to be dominant once again in 2018.

We’ll focus on Minnesota’s defensive line here in a bit, but it seems that Philadelphia takes the cake with the best front four in the league. Adding Pro Bowler Michael Bennett to a group that includes Derek Barnett, Fletcher Cox, Brandon Graham, Chris Long and Timmy Jernigan has to scare the jockstraps off opposing NFC East teams. The only real reason Philadelphia’s defense is downgraded some following a No. 4 overall showing last season is a questionable secondary that lost its best player from the 2017 campaign in Patrick Robinson. We’re going to need to see redshirt freshman Sidney Jones and Rodney McLeod perform at a high level before drawing a real conclusion here.

It sure helps to have the likes of Ben Roethlisberger, Le’Veon Bell, Antonio Brown and JuJu Smith-Schuster on the other side of the ball. That forces opposing offenses to go the length of the field in order to put up points. Even then, a No. 5 overall ranking while yielding the seventh-fewest points in the NFL is nothing to ignore. Without any real standout players, Pittsburgh’s defense has been scheme dependent. This means the likes of Cameron Heyward and Stephon Tuitt upfront perform better in this defense than if they were to star on another team. Meanwhile, cornerback Artie Burns and safety Sean Davis have more than proven themselves to be Pro Bowl-caliber defenders relatively early in their careers.

Primarily because its offense has held the team back, Baltimore’s defense doesn’t get the credit it deserves. Last season saw this unit yield 18 passing touchdowns compared to 22 interceptions. It started with the performances of safeties Eric Weddle and Tony Jefferson at safety. But what we saw from veteran cornerback Jimmy Smith (sub 70 passer rating when targeted) can’t be overlooked. Meanwhile, ageless wonder Terrell Suggs (11 sacks) continues to do his thing in the front seven. With any help from a reconstructed offense, this unit could very well be one of the best in the game next season. 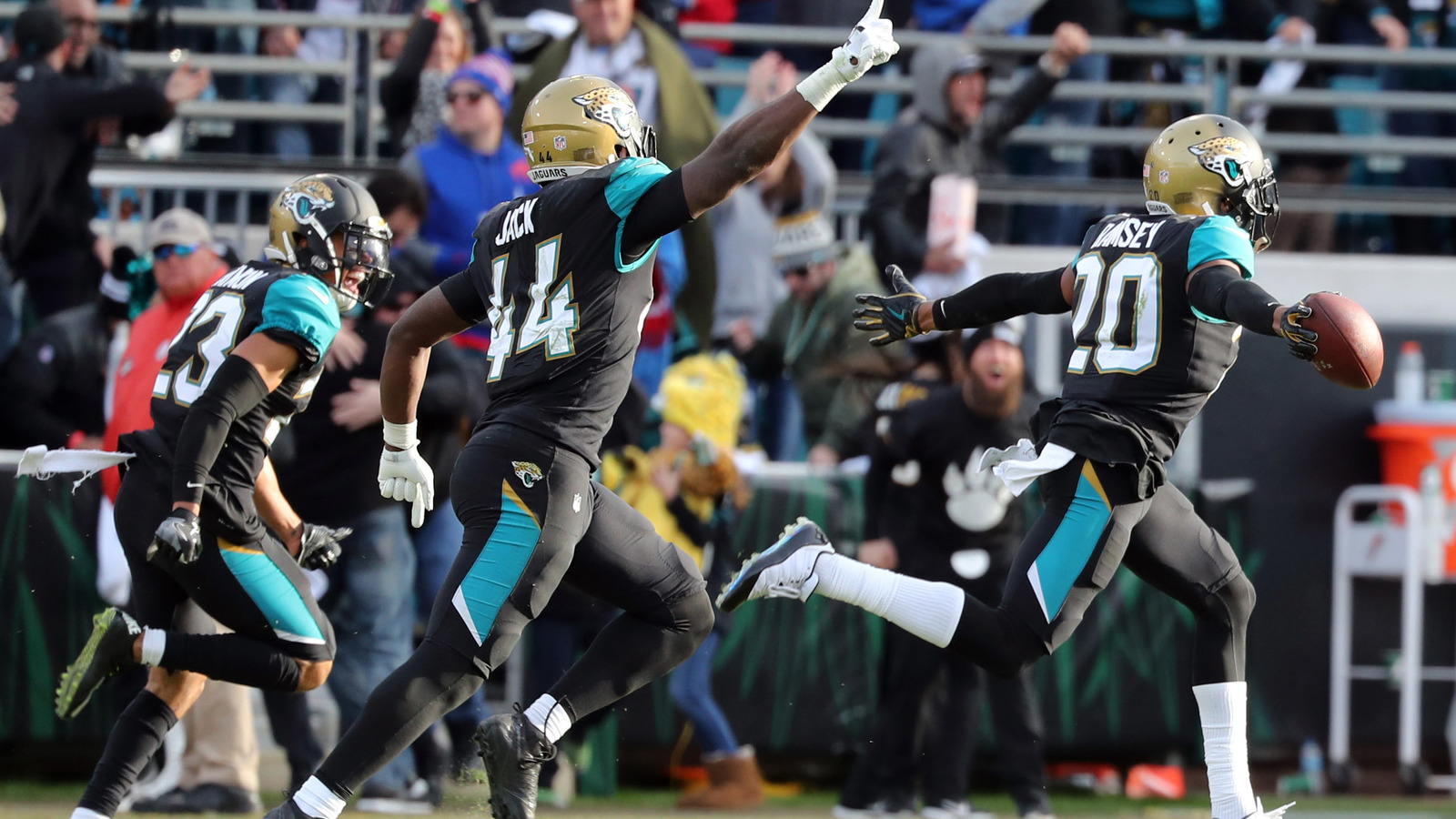 The rich just continue to get richer. Not like they really needed it after boasting the top overall defense in the NFL last season, Jacksonville added potential starters Taven Bryan and Ronnie Harrison in the first three rounds of April’s draft. They join a defense that yielded less than 17 points per game last season. Forming the most dominant cornerback tandem in football, Jalen Ramsey and A.J. Bouye gave up a sub 55 passer rating when targeted last season. Add in the pass rush forces that are Calais Campbell, Yannick Ngakoue and Malik Jackson (34.5 combined sacks last season), and this is among the most dominating defenses we’ve seen in the modern era.

It wasn’ easy choosing between Jacksonville and Minnesota for the top spot. In reality, both could hold this mantle over the next half-decade or more. For Minnesota, it starts upfront with the likes of Everson Griffen, Danielle Hunter, Linval Joseph and the recently acquired Sheldon Richardson. That might very well be the best defensive line in the modern history of the NFL. Not to be outdone, a secondary spearheaded by ball hawks Xavier Rhodes and Harrison Smith yielded just 13 touchdowns and a 73.0 passer rating last season. If both Anthony Barr and Eric Kendricks can turn in Pro Bowl-caliber performances in 2018, there’s no reason to believe Minnesota’s defense won’t be he best in the game.