The difference between the 4- and 5-star is, well, one star. On the prestige meter, however, it’s so much more.

These six 4-star players impressed enough this week at The Opening Finals in Frisco, Texas, that we predict they will upgrade to 5-star status.

The 247Sports team, headed by National Director of Scouting Barton Simmons, will upgrade their player rankings in the next week. Currently the top 34 recruits from the Class of 2019 possess possess 5-star ratings.

Four of the six made the 247Sports Dream Team at the Opening.

The mammoth 6-foot-4, 390-pounder was the most active of the offensive lineman. At his size, that’s a huge compliment. Said 247Sports: “Miller’s toughness was on display all weekend. … The Ohio State Pledge is a brawler in the best way.”
No. 39 Chris Steele, CB, St. John Bosco (Bellflower, Calif.)

The tenacious, high-energy 6-foot-1½, 181-pound impressed with his versatility. Said 247Sports recruiting expert Greg Biggins: “He has the positional versatility to be a physical outside corner or could easily transition to safety and has the body, the toughness, hitting ability and football IQ to excel at that spot.” Steele is announcing his college choice on Saturday.

The Oklahoma-bound pro-style signal caller was 103-for-138 passing with 16 touchdowns and three interceptions in 7-on-7s. The 6-1, 173-pounder is perhaps the next great QB in the mold of NFL No. 1 pick Baker Mayfield. From 247Sports: “Not only was he incredibly efficient and controlled throughout the weekend, but Rattler brought a confidence to his team’s huddle that was very evident.” 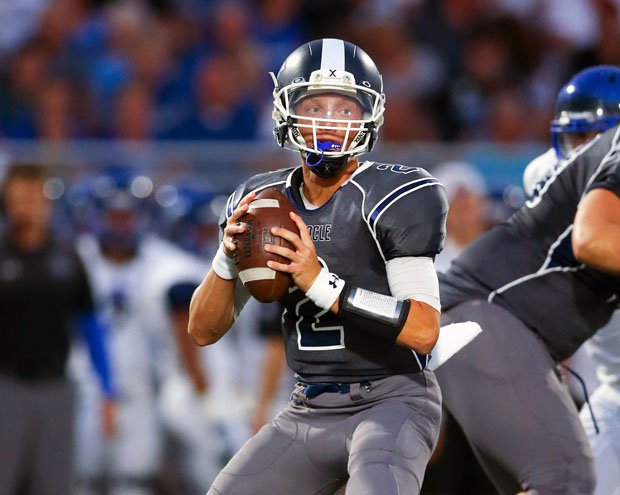 The 6-7, 360-pounder was 9-2 in the OL/DL Challenge. He’s uncommitted with 22 offers. Alabama, Florida State and Miami are among his favorites. From 247Sports: “Neal looks like the guy with the highest ceiling among all the offensive linemen. He’s massive and whenever he went up against an elite edge rusher, it felt like an event. He took every elite guy’s best shot and the way he responded makes me think Neal’s got No. 1 OT upside.”
No. 45 Kyle Ford, WR, Orange Lutheran (Orange, Calif.)

The uncommitted 6-2, 209-pounder all but assured his 5-star status after he hauled in 51 passes and nine touchdowns, earning overall MVP honors. He more than doubled the catches of any other receiver. Ford has 26 offers, but most have him inking at USC. Said 247Sports: “He was unstoppable down the field and in traffic, and he brought an animalistic attitude to the wide receiver position that you rarely see. In a slam dunk, he’s our overall MVP for The Opening from the event. This was an all-time performance.” 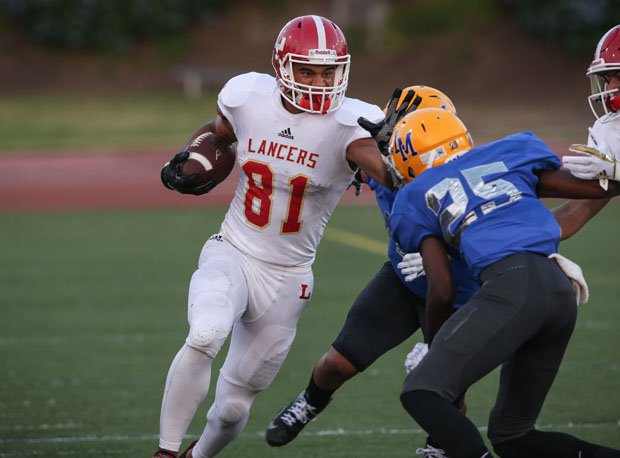 The 6-4, 222-pound South Carolina commit will have to make the biggest leap if is to earn 5-star ranking. But he was awfully impressive in Frisco, especially on Day 1. Said  Biggins: “Hillinski tore it up. Accurate, on time, big arm down field, decision making. It was all on display.” The Hillinski to Ford combination should be among the best in the nation, if not best, in 2018.